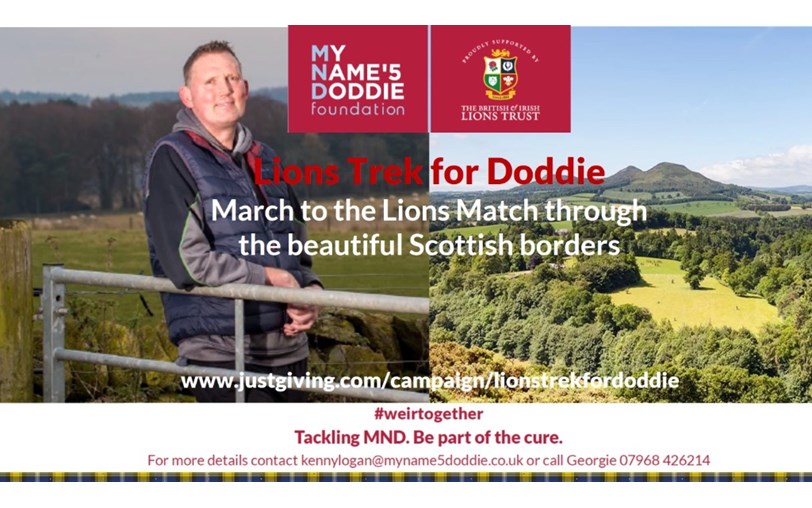 Bridge of Allan Highland Games Director John Henderson (Hendy) is fundraising for the My Name’5 Doddie Foundation, helping to support sufferers of Motor Neurone Disease (MND) and seek ways to further research into this as yet incurable disease.

John will be taking part in the ‘Lions Trek for Doddie’ challenge, walking from Melrose Rugby Club to Murrayfield the day before the British Lions v Japan Game carrying the match ball. On arrival they will be presenting it to Doddie Weir.

You can support John and sponsor the Lions Trek for Doddie walk by visiting John’s JustGiving page here: https://www.justgiving.com/fundraising/Hendy1958?utm_source=Sharethis&utm_medium=fundraising&utm_content=Hendy1958&utm_campaign=pfp-email&utm_term=085d1984f64243da87e386b5b37a5f40.

Doddie Weir is one of rugbys most recognisable personalities. He earned 61 caps for Scotland during a successful playing career and represented the British & Irish Lions on their successful tour to South Africa in 1997. A talented, committed, and athletic lock forward, Doddie is now facing his biggest challenge. In June 2017, the Scot revealed he was suffering from Motor Neuron Disease. Doddie has been driven to help fellow sufferers from the outset and seek ways to further research this as yet incurable disease. Doddie’s story has touched the rugby world. And to have done it with a smile never far from his lips, and humour punctuating every call to action, Doddie does inspire.