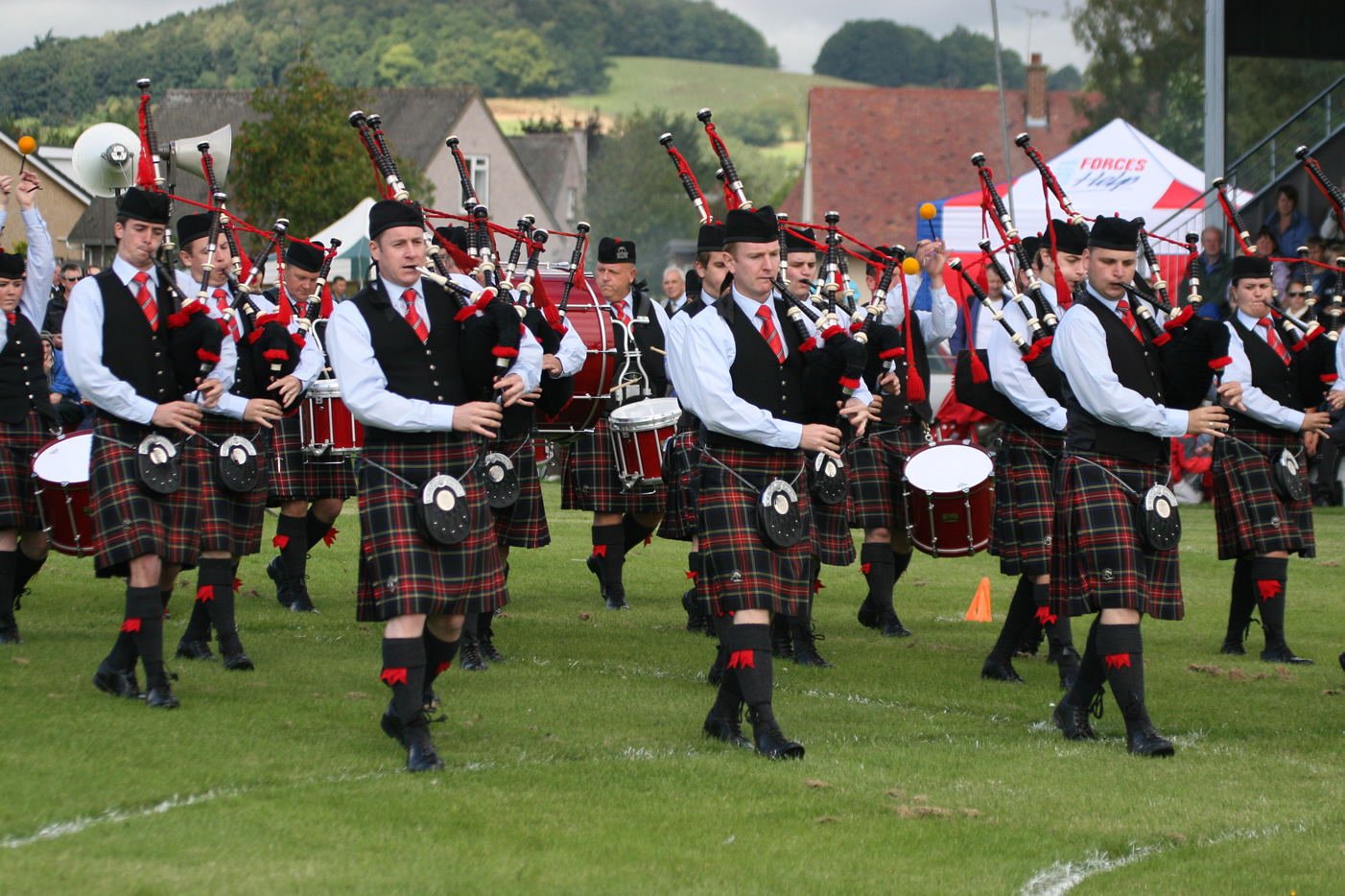 Where can you find more than 30 magnificent pipe bands in one place?  Answer:  Not very often!  But you can at Bridge of Allan Highland Games, on 2nd August, 2015.

To the Scots, few sounds are quite as captivating as the skirl o’ the pipes.  When you bring together hundreds of bagpipe players in one place, all focused and ready to compete for sought-after prizes, the effect is even more inspiring.

Bridge of Allan Highland Games is well known for the strength of its piping competitions and this year is no exception.  Many of Scotland’s finest bands are set to grace the Strathallan Games Field.  Throughout the day, you’ll hear the distinctive sounds of pipes and drums as the pipe band competition makes its way through the various categories.

At 11am we kick off with the Grade 4 & Novice Juvenile bands.  Here you’ll find young hopefuls – the future of Scottish piping – including local favourites from the Stirling & District Schools Pipe Band.  Grade 4 MSR follows from 11:30am, again with local interest in the form of the Royal Burgh of Stirling Pipe Band.  Look out too for the 3rd Battalion of the Royal Regiment of Scotland, who also feature in the Grade 3 competition, starting around 1:45pm.  Some of the best piping in Scotland follows with the Grade 1 and 2 events, commencing around 2:15pm and 3:45pm respectively.  Oban, Denny & Dunipace and Glasgow Skye, together with Greater Glasgow Police and Scottish Fire & Rescue will vie for the day’s top prize.

At the end of the afternoon comes the greatest thrill of all, as the massed bands march past our Chieftain, Judy Murray, ready for the prize giving ceremony.

Full details in the Games day programme, available on-arrival.   Best of luck to all our valued competitors!