On Friday 17th June, Bridge of Allan Primary School celebrated it’s 50th Anniversary with a Golden Garden Party.  And our Chieftain this year,  Mhairi Fergusson, (Miss Scotland/ Miss United Kingdom), was delighted to be a guest of honour representing the Bridge of Allan Highland Games.

Mhairi, our youngest ever Chieftain, enjoyed her day enormously.  But she had a very serious role to play.  She had the very difficult job of judging a poster competition, which was run by the School and Bridge of Allan Highland Games.  The Children were asked to create 4 posters which represented one of the four main categories in the Highland Games – Highland Dancing, Bagpipes, Tossing the Caber and Throwing the Hammer.  The standard of entries was exceptionally high. The creativity and level of artistic ability displayed by the children made Mhairi’s role very, very difficult.  But she was eventually able to choose four fantastic pictures to represent Bridge of Allan’s 165th Highland Games. 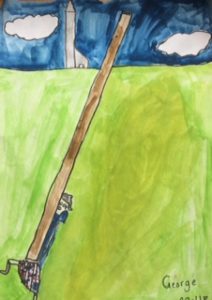 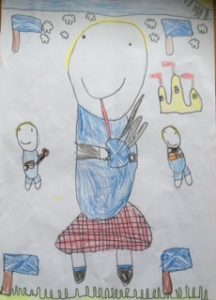 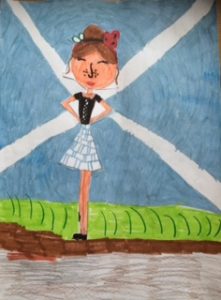 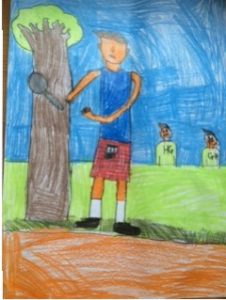 Congratulations to all of our winners.  They each received a family ticket for The Bridge of Allan Highland Games, from Mhairi, and a generous hamper provided by our local Tesco Express. The four pictures will be featured in the programme and made into full size posters to be displayed at the entrances to the Games.  And of course here, on our website.

Mhairi thoroughly enjoyed her time meeting the Children at Bridge of Allan Primary School and being part of such a special day. 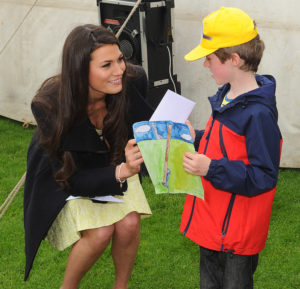 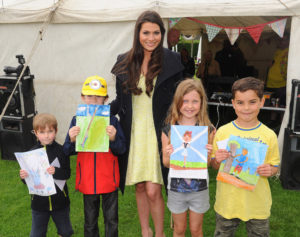 Look out for the children’s imaginative pictures on Sunday August 7th as you enter our 165th Highland Games.